Shop Inflatable Costumes from Spirit Halloween for a hilarious holiday! These humorous outfits are truly over the top, guaranteeing a hilarious Halloween. These costumes will instantly draw everyone’s attention as they notice your oversized presence filling up any room. You’ll be laughing too as you walk around trying not to bump into anything. Some of our most popular inflatable costumes for kids include a sumo wrestler, the ultimate sweet as Stay Puft from Ghostbusters and a NASA astronaut. Look like you’ve landed here from prehistoric times in an inflatable T. Rex costume from Jurassic World. Make crying noises as an oversized baby boy, or goof around as a sumo wrestler or Minion Stuart from Despicable Me. Other top-rated adult inflatable costumes include King Kong and the poop emoji. You can also customize your Halloween look with our solid color inflatables or wear them out to a big game sporting the team color; the white costume could be a ghost, a cloud or whatever you desire. We also carry piggyback inflatable Halloween costumes that make you look like you’re riding a horse or even the President! 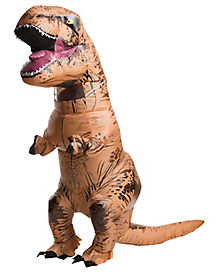 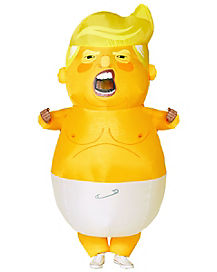 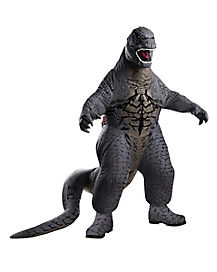 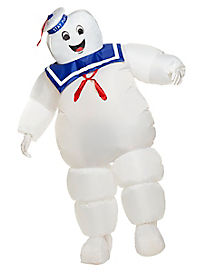 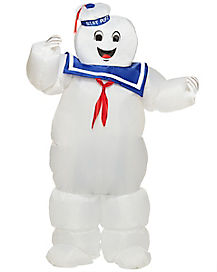 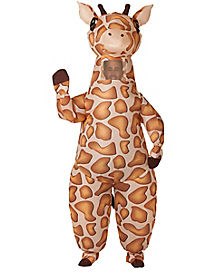 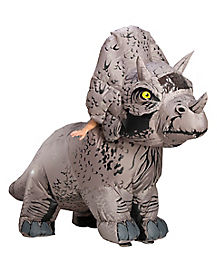 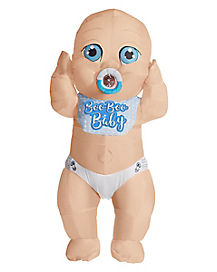 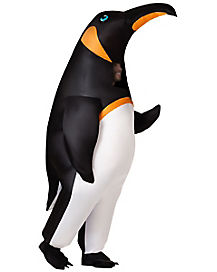 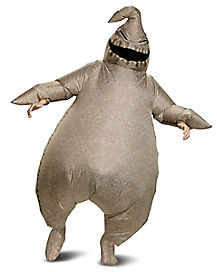 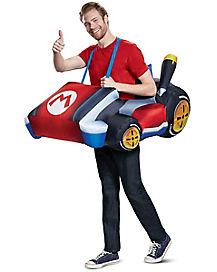 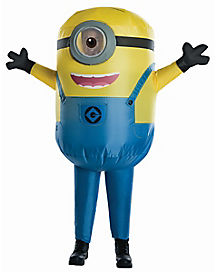 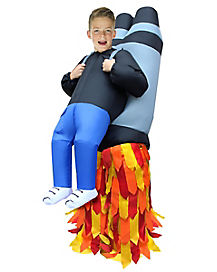 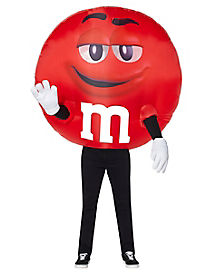 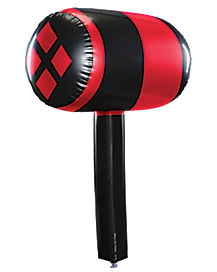 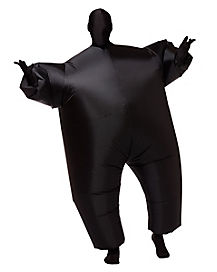 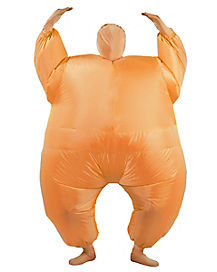 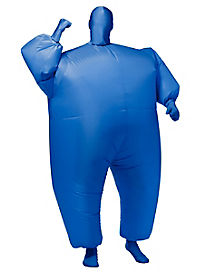 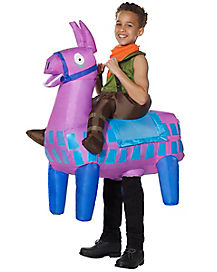 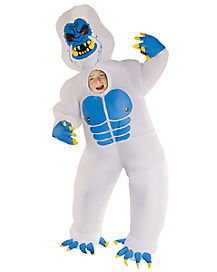 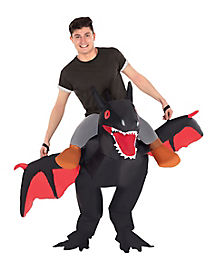 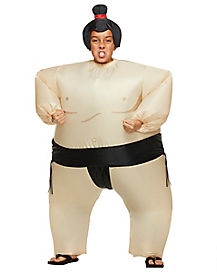 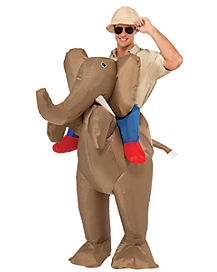 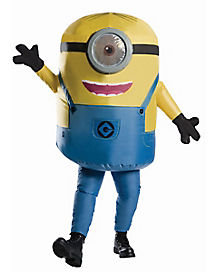 If you want to make people laugh hysterically this Halloween, put on one of Spirit’s Inflatable Costumes! These are totally funny and are an easy one-piece costume. All you have to do is wear it and you’ll hear instant giggles. Show off all your limbs as an inflatable octopus or roar your way through town as an inflatable dragon. If you want an inflatable dinosaur costume, our Jurassic era T. Rex is an impressive size with a 33 inch tail—just practice your roar! Let out your wild side as a giraffe. With its pink tongue and happy face, you’ll have kids and adults smiling now that you’ve brought T. Rex back to life. Rick and Morty fans, bring your favorite TV show to life when you wear an inflatable Mr. Meeseeks or Mr. Poopy Butthole costume that’s sure to make everyone laugh. We carry many options for these blow up costumes, from familiar cartoon characters to personalities like a sumo wrestler. Entertain kids in an official blue Dr. Seuss Horton Hears a Who inflatable or as Chewbacca from Star Wars, or go for another movie classic with King Kong. We also have piggyback inflatable costumes that you “ride,” so you can coordinate your clothing to the rest of the outfit. Show off your patriotism as you hop along with our piggyback Mr. President costume. Or make everyone grin by riding atop a horse in a ride-along costume. These funny inflatable costumes are sure to make you the most popular at any Halloween party!

If your child loves to laugh, give them the opportunity to do it all day long with Spirit’s inflatable costumes for kids! These hilarious blow-up looks range from a unicorn to Godzilla, plus all sorts of other creatures, real and imagined. Go for a classic costume, like an inflatable astronaut ready to float through space, a jetpack, or the totally humorous inflatable sumo wrestler. Or opt for a pop culture outfit, such as a Minions inflatable costume, an inflatable BB8 costume from Star Wars The Force Awakens, or Mario Riding Yoshi if you’re a video game fan. Gamers will love the offiical Fortnite llama inflatable. From a piggyback ostrich to an adorable panda or an out-of-this-world inflatable alien, you’ll be the life of the party. There’s no better way to make your friends crack up than fumbling your way door to door trick-or-treating in an inflatable costume.

Just because you’re grown up doesn’t mean you’ve lost your sense of humor! Prove it by showing up to your Halloween party in one of Spirit’s inflatable costumes for adults. The hilarity will start as soon as you try to fit in the door and continue as you attempt to act normal while in your blow-up costume. Peek out from the peephole of an inflatable zebra or celebrate your favorite movie as Oogie Boogie in an official The Nightmare Before Christmas inflatable costume. Laugh it up as Stimpy from Ren and Stimpy. Be prepared to be the center of attention when you put on a piggyback horse costume or an adult joey kangaroo inflatable costume. Whatever character or animal you choose, you’ll be having extra fun when you live large this Halloween!

If you have any questions about which inflatable costume is right for you, please contact the costume experts at Spirit Halloween. We’re available to assist you with your questions about size, fit, material, color and other aspects of dressing up as this popular costume. Contact us by clicking the “Help” button above or by calling our Customer Service Department at 866-586-0155. These are part of our wide selection of fun Halloween costumes for the whole household.
成在线人免费_成在线视频_大人网电影